This stunning race car has become the world's most expensive Porsche after it fetched a $4.4 million (£2.8m) at auction.

The 1973 Porsche 917 / 30 Can-Am was so fast that the series it was designed to be raced in was disbanded because rivals couldn't compete with it.

It was one of four cars built by the factory, with just two of these behemoths, which boasted more than 1,000bhp, in private hands.

Record: The 917 / 30 became the most expensive Porsche in the world after fetching £2.8 million at auction

Despite its breathtaking performance, this particular model was never raced and was part of the late Porsche collector Matthew Drendel's stunning collection.

The 240mph-plus car was auctioned off alongside 17 more of Drendel's classic Porsches at Gooding and Company's Amelia Island Auction in Florida.

Following a bidding frenzy, the hammer went down at $4.4million (£2.8m), to make it the most expensive Porsche ever sold publicly.

The iconic 917 model was made famous with a staring role in Steve McQueen's 1971 cult film Le Mans.

Porsche modified the 917 when the company decided to focus on the North American markets and the Can-Am Challenge - a race series in the U.S.

It created larger and more powerful engines, and developed a turbocharged 12-cylinder block.

The 917/30 with a longer wheelbase and an even stronger 5.4-litre engine with up to 1,580 horsepower was introduced in 1973 to astonishing success.

It won the 1973 edition winning all races except one with Mark Donohue driving.

The 917's domination finally came to an end with the introduction of a three miles per US gallon maximum fuel consumption rule for the 1974 season.

The new rules came partly in response to the oil crisis and a number of fiery accidents. 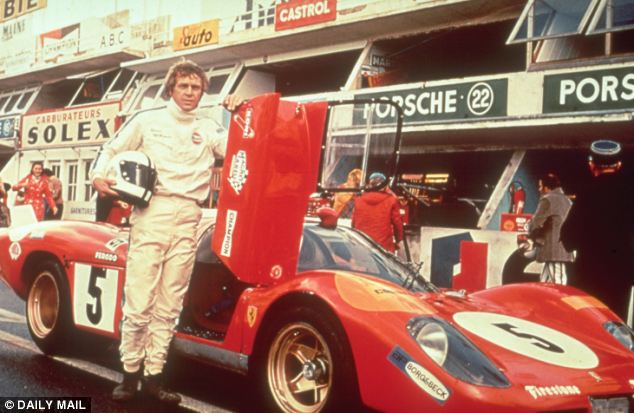 Iconic: Steve McQueen cemented the 917's legend after casting it in his 1971 film Le Mans about the 24 hour race

This racing pedigree made it one of the picks of an incredible array of racing cars up for sale.

David Gooding, president and founder of Gooding and Co, said: ‘We are extremely pleased with our $36 million auction results, as it underscores the continued strength at the top of the collector car market.’ 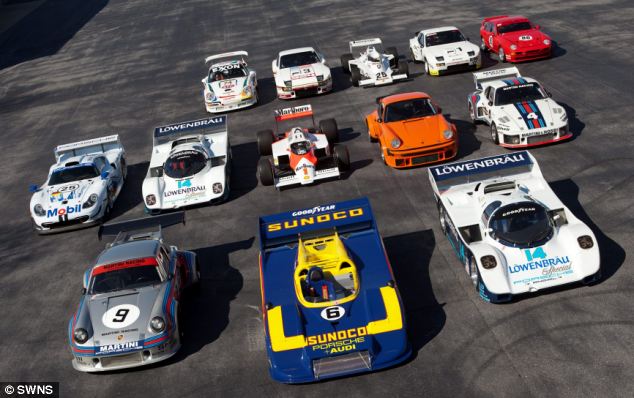 The lot: $36 million auction results, as it underscores the continued strength at the top of the collector car market