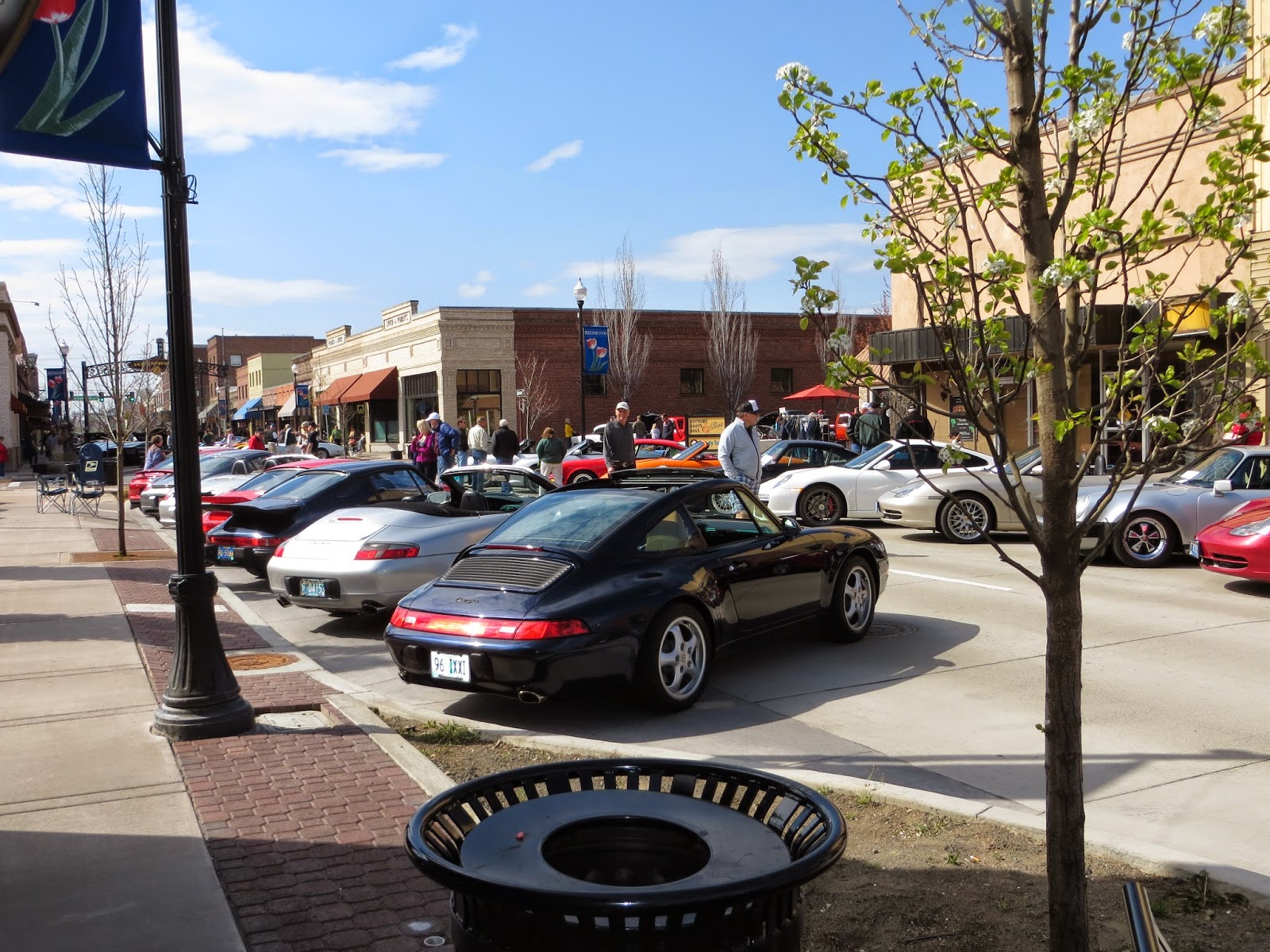 On Saturday April 19th I joined between 25 & 30 other HDPCA members in Redmond, OR at the 6th Annual Spring Fling Car Show sponsored by Diego’s Restaurant. It was the first time our club was represented in the show. As far as I could see we were well received by those who attended. If was fun seeing so many Porsches at one time as well as seeing the many other types of cars on display, the vast majority of which were hot rods of all shapes and sizes.  There were over 350 cars on display in all.  Our HDPCA had 22 cars represented, all parked on both sides of a closed down 6thstreet.
Several of the other ladies and I took the opportunity to do a little browsing in the local shops, to the mild benefit of the local economy. 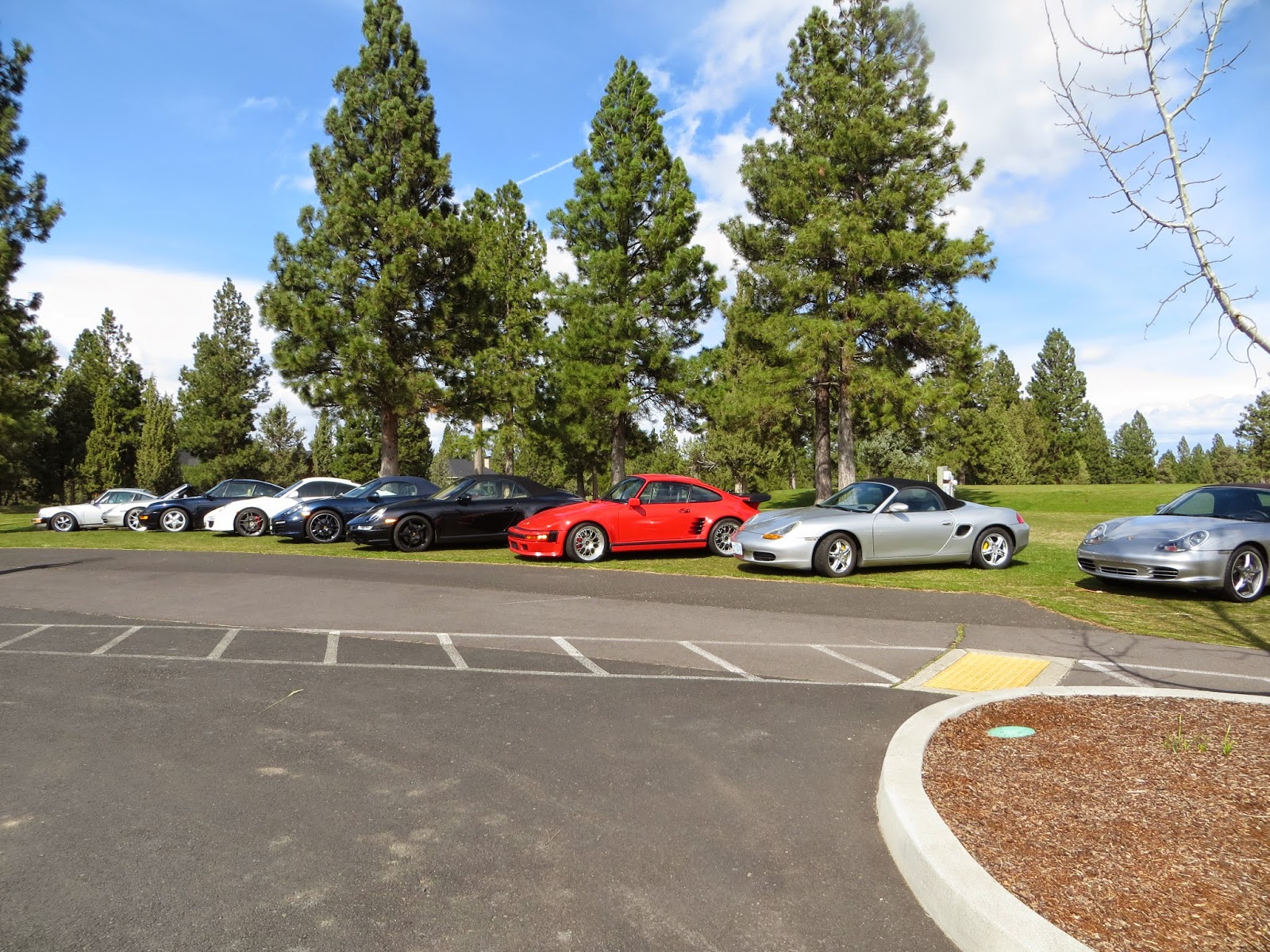 After the awards were presented,  four of which were received by our club, about twelve cars from our club followed Tim & Sue Hagner along the back roads to Aspen Lakes Golf Club in Sisters for a late lunch. The golf course was nice enough to provide “parking on the grass” for a group picture of our club cars and their owners.
The day was lots of fun and was a great way for club members to get to know each club member a little bit better and the car show and the Lodge at Aspen Lakes provided a great venue to do just that.
I look forward to doing more great trips and “get togethers” - after all, that’s what it’s all about.
Thanks and Happy Motoring, Suzi Townes