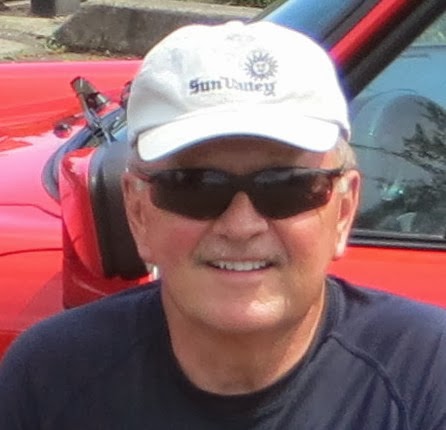 After 8 years of driving a 2006 Honda Odyssey (which I really liked), along with the “soccer mom” image (not so much), I decided it was time to step up to something with all wheel drive. The FJ Cruiser and Jeep Rubicon came to mind, and then the “Idea”hit me… why not a

Cayenne Turbo Diesel?
So, I jump online to the Porsche Configurator, and started dreaming (come-on, we’ve all done it!)  Its way too easy… just click the boxes, and the figures keep adding up!  Now just close your eyes and check the bottom line.  Whoa!
Then it’s off to Carrera  Motors to share ideas with the Porsche sales team.  And of course, they have a few more “must have” items for the list.  OK, now we’re ready, pull the trigger!  And away we go, in for the long wait…
The order is placed in late October, and 3+ months later, the Cayenne is complete, placed on a rail car from Leipzig to the port at Bremerhaven, Germany, and is loaded on the “Glovis Condor”.  Then the sea journey begins, pulling out of Bremerhaven, on February 9that 3:03 PM.
At this point, we know the name of the ship (Glovis Condor), and it becomes an intriguing pastime to track it across the Atlantic, through the Caribbean, through the Panama Canal, into the Pacific, and finally up the coast of Mexico to San Diego!
So, let’s backup for a moment to the start of the Glovis Condor journey: “before” it stopped at Bremerhaven for the Cayenne, it took on new vehicles at several ports:  Derince, Turkey (Ford Transit Vans), then Koper, Slovenia (Volkswagen Products), on to Avonmount, UK (Jaguars?), finallly Bremerhaven, Germany (BMW’s, Mercedes, Volkswagens, Audis, Porsches “and” the Cayenne Turbo Diesel).  With 7000 + vehicles on the ship, there was no reason for any of them to be lonely.
The Glovis Condor is a “classic case” of the tortoise, continually moving along at an average of 13 knots, never-never stopping between ports.

First port: Panama Canal (Feb 24th) Knowing the exact time (3:01 PM PST), that it was starting through the canal,  I could watch the Glovis Condor on the canal webcam as it took 39 minutes to be lowered, and then tugged out to the Pacific Ocean side of the canal. (Snapped a few photos of my laptop screen as it passed through the canal).
Next port: San Diego, CA (March 7th) The Cayenne is unloaded, and clears Customs.  The Glovis Condor then heads off to ports at Grays Harbor, WA and then on to Tianjin, China (China gets almost as many Porsches per year as the US).
Once in San Diego, the Cayenne “disappears” off the radar…  It’s waiting to be released to truck transport, and that becomes a great unknown.  There is a target date for arrival in Bend of March 21st, and that’s all we know.  Then 17 days later, on Sunday afternoon, the 23rd, at 3:45 PM the transport truck rolls into Bend.  At “long last”, the Cayenne is on the ground.  Check the photo of a smiling Jim Heinrich (Porsche Sales).  I think he is saying, “see what I have for you”!
So now that the Cayenne is here, it’s time to start thinking about dressing it up.  No better place than Hutch’s Rack & Roll to try on roof bars and a ski box.  The opportune time was Saturday morning (April 5th) at the HRD Cars & Coffee event.  Jim Lewis’s installer demonstrated just how easy it is to install (and remove) the aerodynamic cross bars, and clamp down the equally aerodynamic ski box.   Don’t really need them at the moment… just checking!
So there we are, and it all started with an “Idea”!